I wish someone had told me earlier that if what you want isn’t out in the world, you can make it. If the job you’re working makes you miserable, quit it. If the expectations you aren’t living up to make create anxiety and unease,  throw them away and find new ones. I wish I had listened sooner when people did start telling me this. Not wasted so much time convincing myself that I was fine where I was at. Telling myself that I had to “grind” and that meant dealing with a passionless scenario, that left me feeling bankrupt of energy, luster, and excitement. 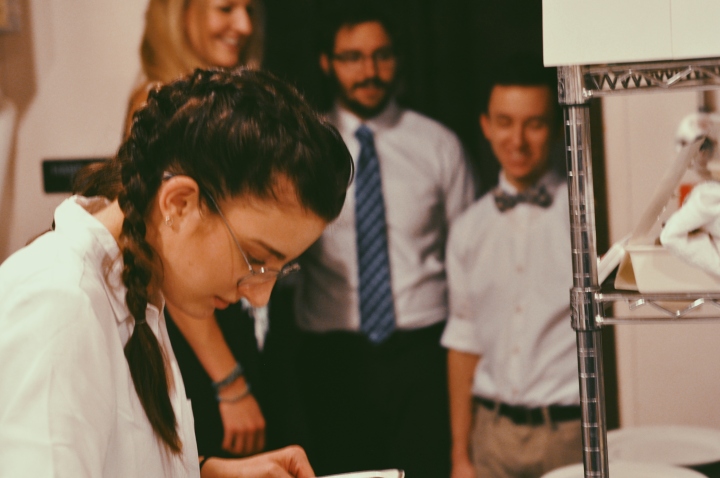 Once your eyes are opened to the fact that you can do what you want, where you want, when you want, it’s impossible to turn around. There is no more looking back, finding your way to the place of false contentment that once felt so true. The moment you recognize, and more importantly own, that what you want isn’t necessarily in line with the majority, there is no lying anymore; to yourself, friends, etc. No longer does it satisfy the soul to clock in, clock out, come home, repeat. There’s too much to do, to create, envision, bring to life, and share with everyone around you. The feeling is intoxicating, perfumery and smoke entangling itself around you. Without much choice, you have to delve deep into the process of creation and sharing.

There was a distinct moment during the first dinner I held, when amidst the steam, smoke, and sizzling that surrounded my senses, I looked through the pass window, and saw people engrossed in their meal. Fully engaged with the food, smelling, tasting, touching and questioning. They were experiencing the flavors, sharing thoughts with each other.  It filled me with a kind of warmth that went beyond a sense of validation, towards purpose. I saw a chance to do something more than fulfill my own desire of making a career out of what I love; I could share what drives me, what I know and believe in, in a way that influenced people. There was an opening, and the tingling, prickling of hairs on my neck told me that it was meant to be taken by me.

At the second dinner, it happened again, when speaking with guests post-meal. Hearing the discussions concerning the menu concept, individuals connecting with what I was trying (and very clearly struggling to convey verbally) to share, lit an internal fuse. match, strike, fire. That menu was so thoroughly saturated with nostalgic ties, and sewn together with emotional vulnerability, that to have people “get it” was indescribable. It also made me inexplicably aware of …the gap. 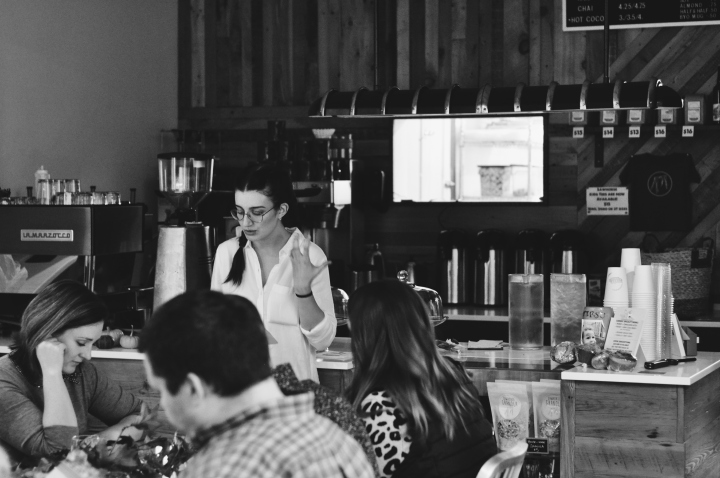 The gap that exists between my mind/heart and the plate. The gap that encompasses the connection I want to attain with diners, farmers, fellow creators, mentors, teachers, etc. I can create dishes, sketch plate designs, make detailed production schedules, I can do it. The paperwork is easy. The creating is fun. Finding that cord that swings back and forth between me, the gap, and the landing strip of everyone else, that’s the hard part. That’s what I’m grasping for now. 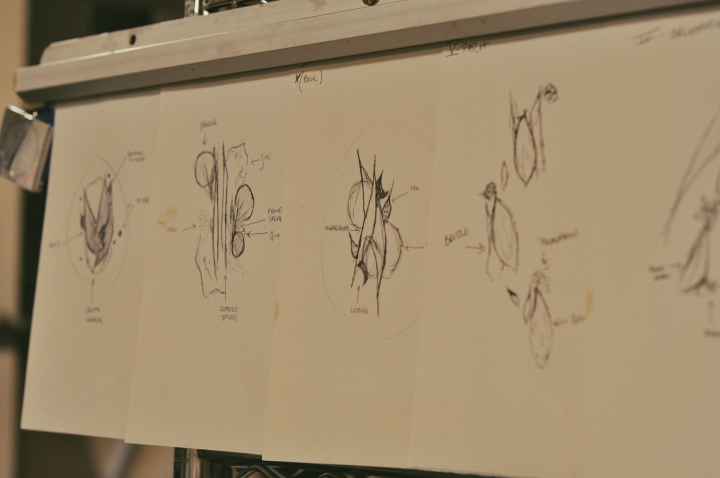 I want these dinners to be more than an opportunity for me to learn how to build a personal brand, maybe even a legitimate business in the future.  I want them to be my chance to add to the culture of the area I grew up in, and love. I want them to be my way of utilizing what has always felt like such a selfish endeavor. There is still learning, growing, and developing into my skin as a someday chef, to do. There’s passion though, I will own that and boast it proudly. It is painful and wrong to try and imagine my life without food, without experimentation, creation, sharing, eating…all of it. I am selfish enough to grip that with my very life source and not let go, except for the rare opportunities I receive to place it another’s hands, to literally serve it on a platter.

I wish I could properly articulate what it feels like to be fully immersed in the process of making up a menu, testing it, and seeing it come to fruition. It is being in the middle of a concert crowd, surrounded by bass, undulating voices, drum beats mingling with heart beats. It is the adrenaline of surpassing the hard part of a run, and hitting the primal part that’s just feet pounding pavement. It feels like having too much inside your soul and wanting to scream to the world that you are more than just skin and bones. Is that too much though? The brain butts in. Will it be seen as obnoxious, over-bearing? 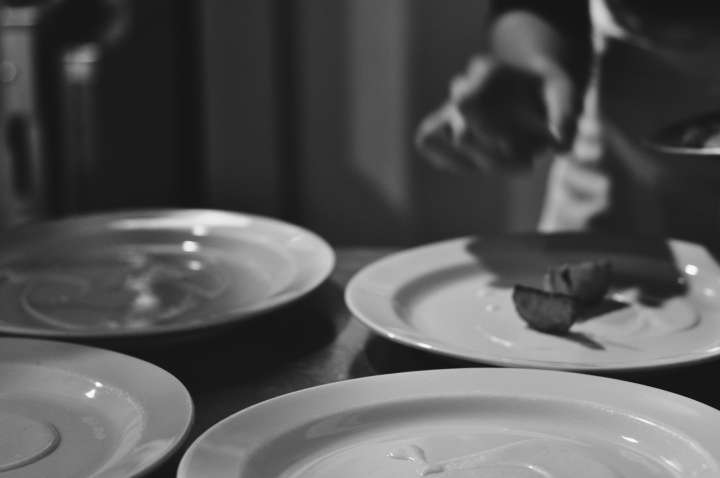 Where is the line (ha), between fully embracing what makes you feel alive and sharing it with everyone around you, and becoming an archetype of silliness? Slowly, there comes the realization it shouldn’t matter.  Curation will come with time, the pruning and buffing of an overly excited young cook into a sophisticated and articulate chef. It isn’t the main concern right now, nor should it be for you.

You, who has a specific passion, something of your own, deep inside and bubbling with an effervescent excitement. Do you take ownership of it? Do you ride off into the sunset with it? Not that it’s easy. It means working your regular job until you clock out, then going home and working on your “personal” job. The one that may not pay in real money yet. Working on it for hours, falling asleep at your desk, struggling to remain convinced that you should even try (how long has it been since a blog post?). It becomes worth it though, in the small moments. The moments that suddenly pull you out of the tunnel vision; seeing the people you care about most in life sacrificing time to support you. Meeting the people who participate in what you’re trying to do. So if you haven’t grabbed a hold yet, do it. And hold on tight.